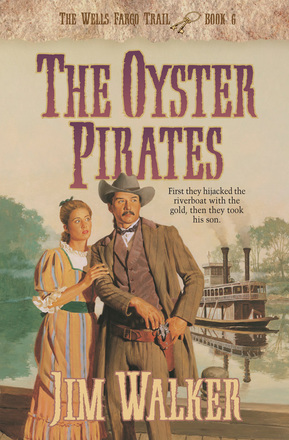 The kingpin of the river is about to meet his match!When a shipment of gold bullion worth half a million of ready to be delivered to Wells Fargo, Zac Cobb is sent to protect it from river pirates who have taken over in the Delta. Along with his adopted son, Skip, and his sweetheart, Jenny Hays, Zac first rescues a ten-year-old boy who was caught stealing oysters and has only barely escaped with his life. They bring him with them aboard a stern-wheeler that's bound for Sacramento to transport back a large shipment of gold.But when the river pirates hijack the riverboat on its way back to San Francisco, they take the gold as well as the young oyster pirate and Skip. With the help of his aunt Hattie and Jenny, Zac searches for the boys and the coveted gold. What they discover is high corruption and a cunning man of wealth who is attempting to control all of the river traffic.The river pirates and their wealthy protector's dreams of commercial domination are about to meet their match. And the young oyster pirate is about the learn a lesson about thievery he'll never forget.