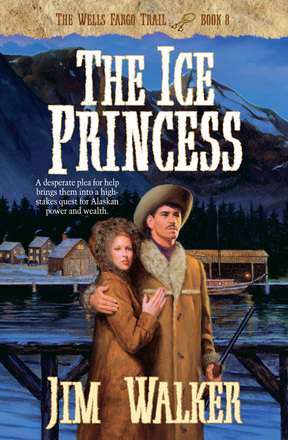 From the Old West to Alaska&#146;s Untamed TerritoriesWhen Zac Cobb returns home to San Luis Obispo, he discovers that his fianc&eacute;e, Jenny Hays, has left town with a lawyer who claims to know the whereabouts of Jenny&#146;s sister, Naomi, and her uncle Ian. She leaves a letter for Zac, telling him that her sister and uncle are living in Sitka, Alaska, and are facing some sort of trouble.Ian Hays had written to Jenny, asking her to come because he had no one else he could trust. Though it frightens her to think she cannot rescue him from his circumstances, she cannot ignore her sister&#146;s plea for help. Jenny knows that whatever dangers she encounters in Sitka, she will not leave Naomi there to face them alone.Zac follows Jenny from San Francisco to the old Russian capital of Sitka, where he meets Ian Hays, a wealthy and influential man who has barely survived several attempts on his life. Surrounded by a host of enemies, Ian finds himself at the center of a high-stakes game of power and wealth. Can Zac stop the unknown killer who is bent on destroying the entire family?