Exploring the World of Wicca 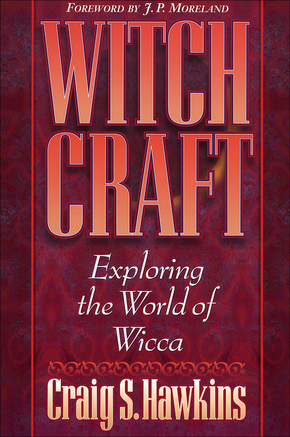 Today's witches want you to see witchcraft as a respectable religion, a sensible worldview. They want you to see witches as "the pagan next door," not as hags in black, riding brooms on a moonlit night. But there is more to this pagan PR than demolishing stereotypes. In the last three decades, Hawkins writes, America and much of Western Europe have seen a resurgence of the occult, including witchcraft and other forms of neopaganism. A storm is brewing on the religious horizon. The church must be prepared.

In this introduction to contemporary witchcraft, and to neopaganism in general, Hawkins shows you

These are perilous times spiritually, writes Hawkins. Yet these are exciting times for Christians who know what they believe and are willing to share the gospel with others. May the church be ready for this battle for the souls of countless individuals.

"Occult phenomena in general, and witchcraft in particular, are on the rise in our culture as a wave of neopaganism crashes on the shores of contemporary Western thought and life. Witchcraft is a timely, well-researched contribution to the ongoing struggle about religious ideas currently being waged in our society."--from the foreword by J. P. Moreland