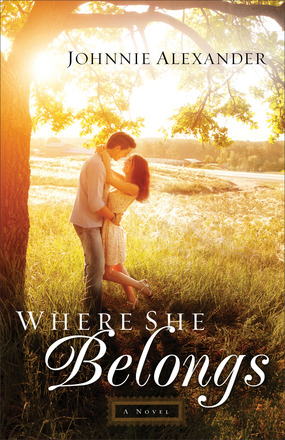 Can love redeem a broken past?

Shelby Kincaid is ready to move forward after the death of her husband left her devastated. With high hopes for the future, she longs to purchase her family's homestead, Misty Willow, so she can raise her young daughters in the only place she ever truly belonged. She plans to transform the abandoned house into the perfect home of her memories. But she has her work cut out for her.

AJ Sullivan never wanted Shelby's family homestead in the first place. His grandfather left it to him as punishment for not following his wishes, and he's let it fall into ruin. AJ's more than happy to unload it to this spitfire of a woman. But even after angry exchanges over the state of the house, he can't get her off his mind.

With writing that evokes a strong sense of place and family history, Johnnie Alexander deftly explores the ties that bind us to home--and the irresistible forces that draw us to each other.


Johnnie Alexander is the award-winning author of Where Treasure Hides. Johnnie is an accomplished essayist and poet whose work has appeared in the Guideposts anthology A Cup of Christmas Cheer. In addition to writing, she enjoys reading, spending time with her grandchildren, and taking road trips. She lives near Memphis, Tennessee.

"This absorbing novel does more than just weave a story of romance; it creates an atmosphere of coming home. The town and its people feel like long-lost friends, and readers cannot help but invest emotionally in the plot's outcome. An added element of historical mystery swirls through the pages, alongside the more modern tensions also in play, and brings extra dimension to an already compelling story."

"Alexander launches a promising trilogy that emphasizes the importance of home and the sense of belonging. An overarching theme of forgiveness for past sins runs throughout the novel. Friendship, romance, and a bit of family intrigue make this book impossible to put down."

Library Journal Pick of the Month