An Essay on the Future of Christian Belief 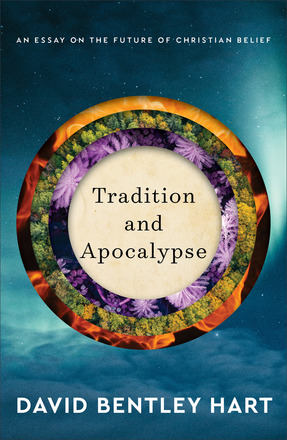 In the two thousand years that have elapsed since the time of Christ, Christians have been as much divided by their faith as united, as much at odds as in communion. And the contents of Christian confession have developed with astonishing energy. How can believers claim a faith that has been passed down through the ages while recognizing the real historical contingencies that have shaped both their doctrines and their divisions?

In this carefully argued essay, David Bentley Hart critiques the concept of "tradition" that has become dominant in Christian thought as fundamentally incoherent. He puts forth a convincing new explanation of Christian tradition, one that is obedient to the nature of Christianity not only as a "revealed" creed embodied in historical events but as the "apocalyptic" revelation of a history that is largely identical with the eternal truth it supposedly discloses. Hart shows that Christian tradition is sustained not simply by its preservation of the past, but more essentially by its anticipation of the future. He offers a compelling portrayal of a living tradition held together by apocalyptic expectation--the promised transformation of all things in God.

"Tradition is not the preservation or development of a body of knowledge or cultic practices but the continuity of faith in and hope of the final apocalypse when all that remains is love--so argues David Hart in this brilliant book, which bristles with insights that are sure to both provoke and encourage."

"Tradition and Apocalypse invites readers to abandon every anxious traditionalism in order to inhabit the only kind of tradition Christianity can actually be: that strange discursive tradition--patient and radical, generous and revolutionary--demanded by the permanent ferment of its apocalyptic origin and its final telos in the coming of the Kingdom of God. We have dogma and history only as we find them suspended between the advent and the final apotheosis of the Gospel apocalypse. That faith must own both dogma and history in this way is the summons of this extraordinary book."