An Until the Dawn Novella 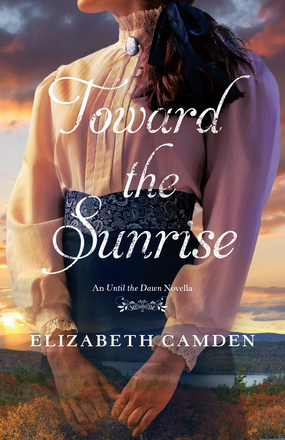 Julia Broeder is only six months shy of graduating from the Women's Medical College of Pennsylvania when one small decision spirals out of control and results in her expulsion. Hoping to travel the world as a missionary doctor, her only choice is to return back home . . . or throw herself upon the mercy of Ashton Carlyle.

Formal and straight-laced, Ashton is not pleased to see an expelled Julia arrive at his Manhattan office. His position as an attorney for the Vandermark family's world-famous shipping empire entails taking care of the Broeders, longtime employees of the Vandermarks. But Ashton has no intention of using his employer's resources in defense of Julia's impulsive and reckless actions.

What Ashton does not expect are a scathing reprimand from none other than the Vandermark family patriarch and the bewildering resistance from Julia herself when he's forced to change his tune. At an impasse, Ashton and Julia are unprepared for the revelations that arise or the adventure that awaits them.

In this novella, award-winning novelist Elizabeth Camden introduces readers to the world of the grand Hudson River Valley estate Dierenpark and the enigmatic Vandermark family. Includes an extended preview of Until the Dawn, Camden's full-length Dierenpark novel.