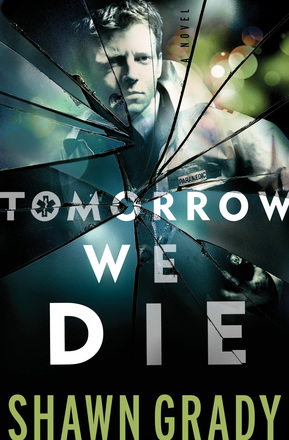 Jonathan Trestle is a paramedic who's spent the week a few steps behind the angel of death. When he responds to a call about a man sprawled on a downtown sidewalk, Trestle isn't about to lose another victim. CPR revives the man long enough for him to hand Trestle a crumpled piece of paper and say, "Give this to Martin," before being taken to the hospital.

The note is a series of dashes and haphazard scribbles. Trestle tries to follow up with the patient later, but at the ICU he learns the man awoke, pulled out his IVs, and vanished, leaving only a single key behind. Jonathan tracks the key to a nearby motel where he finds the man again--this time not just dead but murdered. Unwilling to just let it drop, Jonathan is plunged into a mystery that soon threatens not only his dreams for the future but maybe even his life.