To the Farthest Shores 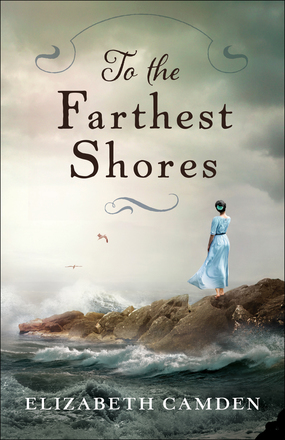 The unpredictability of her upbringing prepared army nurse Jenny Bennett to face any challenge at the Presidio Army base, but the sudden reappearance in her life of the dashing naval officer who broke her heart six years ago is enough to rattle even her.

Lieutenant Ryan Gallagher is one of the few men in the world qualified to carry out a daring government mission overseas--an assignment that destroyed his reputation and broke the heart of the only woman he ever loved. Honor-bound never to reveal where he was during those years, he can't tell Jenny the truth, or it will endanger an ongoing mission and put thousands of lives at risk.

Ryan thinks he may have finally found a solution to his impossible situation, but he needs Jenny's help. While her loyalty to her country compels her to agree, she was too badly hurt to fall for Ryan again despite his determination to win her back. When an unknown threat from Ryan's past puts everything at risk--including his life--can they overcome the seemingly insurmountable odds stacked against them in time?

"Camden is the master of historical inspirational romance, and she has delivered another fascinating read with complex, memorable characters and an interesting subplot about the start of the cultured pearl industry. "

"The book's mystery subplot creates a nice balance to the romantic elements without overwhelming it. This well-plotted historical fiction will keep readers guessing to the final pages."

"The story creatively entwines love, mystery, and intrigue with Japanese history and culture, and the pearl industry; also life lessons on guilt, regret, anger, and forgetting the past."