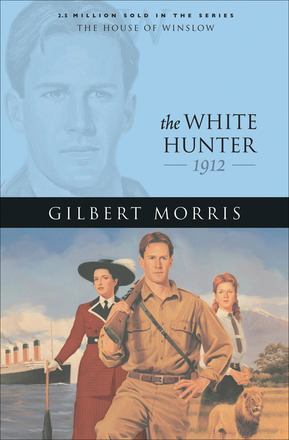 Peril and Adventure in the Land Once Called the White Man's Graveyard.John Winslow is a restless young man who drops out of college, tries many jobs, and finally goes to Africa to visit his missionary relative, Barney Winslow. Uninterested in religion, John falls in love with Africa and decides to stay, becoming a professional white hunter.Annie Rogers, another of the Winslow family, comes to New York City, pursuing her dream of becoming a missionary to Africa, but is turned away by several missionary organizations. An opportunity to work as the personal secretary of Jeanine Quitana, a flamboyantly wealthy young socialite, seems to contradict Annie's calling, yet she feels it is the right step. Then a whirlwind trip to England and the change to meet royalty is followed by passage booked to America on the maiden voyage of the R.M.S. Titanic!Three very different lives, separated by continents, are destined to collide, yet how will this ever be when the icy Atlantic wreaks its destruction? Is the dark ocean as foreboding as the Dark Continent?