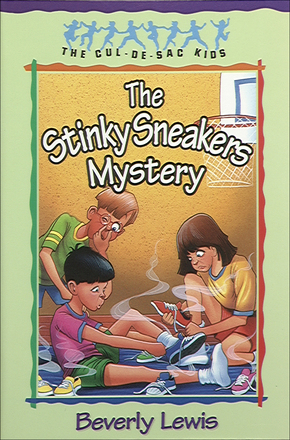 Jason Birchall's been bragging all week about his science fair project--alfalfa sprouts growing in a carpet square! But on the morning of the fair, Jason's super sprouts are missing. Will Miss Hershey give him a big, fat zero? And why does Eric Hagel look so sneaky?

Then, during P.E., globs of rotten-smelling cheese show up in the Cul-de-sac Kids' sneakers. Who would make such a stink? And why?