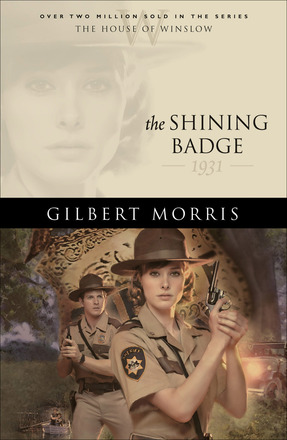 Book 31 of House of Winslow. Jennifer Winslow had known only the finest life had to offer--until her family lost everything in the crash of '29. Moving from New York to a small farm in Georgia, Jenny struggles to adapt to her tough new life. Then, through a startling series of events, she finds herself running for County Sheriff. Jenny soon discovers she has fierce enemies among the local moonshiners, gangsters, and even the citizens themselves, who scoff at the idea of a female sheriff. Only two men support her: an idealistic young lawyer and a reluctant deputy. She finds herself drawn to both men and struggles to ferret out God's choice for her. In a blazing shoot-out, Jennifer Winslow finds her way, but not without cost.