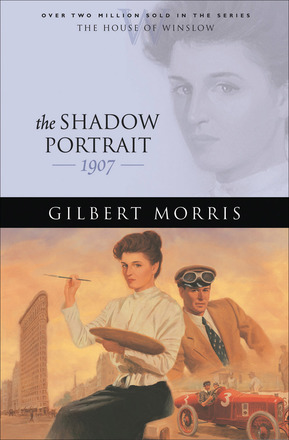 The Big City Offers the Winslows New Life, but Will They Be Overcome by Its Lures?When two young Winslow cousins arrive in New York, they both seek to make their way to success. Peter Winslow throws himself into the world of car racing. But he is soon torn between Jolie Devorak, the woman who loves him, and Avis Warwick, a beautiful, wealthy woman who pressures him to join the fast set of high society. When Avis convinces Peter to let her ride in the Jolie Blonde during the race, Jolie battles with anger and jealousy. Peter goes against his partner's advice and assures everyone not to worry.Phil Winslow has come from Montana to pursue his dream at the art institute. He soon meets a young invalid woman who shares his gift of art but lives as a recluse. Phil determines to help free Cara Lanier from her father's obsessive control and bring her into the real world, but he discovers firsthand what a formidable foe Oliver Lanier can be.When an unexpected turn of events confronts them all, each is faced with a difficult choice to make. Will wealth and power, jealousy and anger defeat them, or will they learn the secret of genuine love?