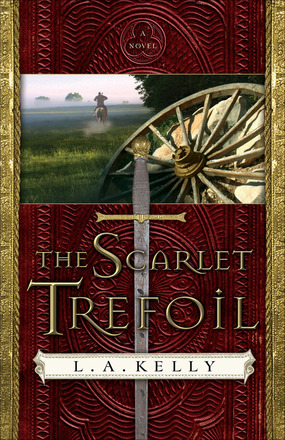 The Trilett family and friends prepare for the joyous celebration of Tahn and Netta's wedding. Returning from a party in her honor, Netta is kidnapped, and her coachman and escorts are found murdered. It looks like the work of bandits, but Tahn is secretly sent a message that Netta will be released if he will present himself in trade.
Tahn believes that his murderously jealous cousin, Baron Lionel Trent, is responsible for the villainy. The baron would surely kill Tahn given the chance, just to eliminate the possibility of a rival heir. But Tahn chooses to go to the assigned meeting place anyway, alone as ordered, in hopes of securing Netta's release. Will he succeed in rescuing his bride? Or will Tahn and Netta forever miss their chance at
happiness?