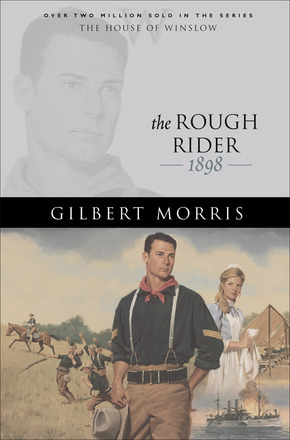 House of Winslow Book 18- Stepping off the train at New York's Grand Central Station, Aaron Winslow left the numbing cold of the Klondike gold fields far behind. But he could not shake the bitter sting left by the death of his cousin, Jubal Winslow, who had died to save Aaron's life. No words had been able to touch the guilt and disillusionment he carried. When Aaron arrives in New York City, he finds his younger brother, Lewis, passionately determined to enlist in Teddy Roosevelt's Rough Riders and fight the Spanish in Cuba. Unable to stop Lewis, Aaron decides to join him and try to protect him. He's also considering the high-powered offer of going in as a war reporter for William Randolph Hearst and the New York Journal. For reasons all her own, Gail Summers is also volunteering as an army nurse to serve at the side of Dr. David Burns, a man to whom she is greatly indebted. But will her friendship with the godly physician stand in the way of what she eventually comes to feel about Aaron? Could something good come out of this war?