An Inn at Eagle Hill Novella

series: Inn at Eagle Hill, The 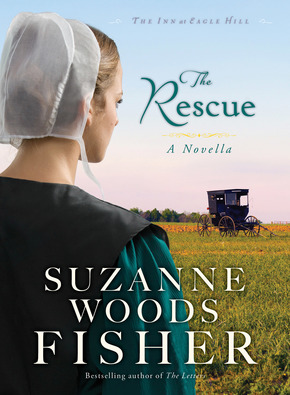 Will Stoltz has returned to Stoney Ridge with a clear plan. He's opening a wild bird rescue center and is determined to rekindle his fizzled romance with Jackie Colombo, the veterinarian who stole his heart. But nothing is working out as Will planned. The leased building for the rescue center is a disaster, his funding is rapidly dwindling, and Jackie Colombo has disappeared without a trace.

When an injured eagle is found in a pasture near the Inn at Eagle Hill, Will is desperate to prove to himself, to his skeptical father, and to everyone else that his mission has not been in vain. But as his best-laid plans begin to fail, Will discovers something more valuable.

Travel back to the Inn at Eagle Hill for the untold story of one of your favorite characters and experience the miracle of love.


Suzanne Woods Fisher is the bestselling author of The Inn at Eagle Hill series, the Lancaster County Secrets series, and the Stoney Ridge Seasons series, as well as nonfiction books about the Amish, including Amish Peace. She is also the coauthor of an Amish children's series, The Adventures of Lily Lapp. Suzanne is a Carol Award winner for The Search, a Carol Award finalist for The Choice, and a Christy Award finalist for The Waiting. She is also a columnist for Christian Post and Cooking & Such magazines. She lives in California. Learn more at www.suzannewoodsfisher.com and connect with Suzanne on Twitter @suzannewfisher.