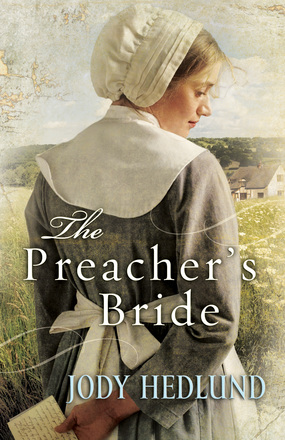 No matter the sacrifice, Elizabeth Whitbread would serve a wounded family.

No matter the danger, John Costin was determined to speak God's word,

Neither expected to fall in love.

As enemies threaten to silence Costin--and those close to him--will following their hearts cost John and Elizabeth everything?

In 1650s England, a young Puritan maiden is on a mission to save the baby of her newly widowed preacher--whether her assistance is wanted or not. Always ready to help those in need, Elizabeth ignores John's protests of her aid. She's even willing to risk her lone marriage prospect to help the little family.

Yet Elizabeth's new role as nanny takes a dangerous turn when John's boldness from the pulpit makes him a target of political and religious leaders. As the preacher's enemies become desperate to silence him, they draw Elizabeth into a deadly web of deception. Finding herself in more danger than she ever bargained for, she's more determined than ever to save the child--and man--she's come to love.

Winner of the 2011 Inspirational Reader's Choice Awards, Long Historical, sponsored by the Faith, Hope and Love chapter of Romance Writers of America (RWA)