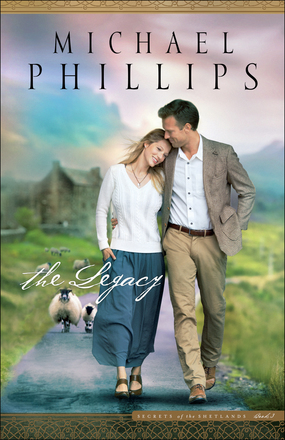 The Dramatic Conclusion to the Secrets of the Shetlands

Loni Ford's unexpected inheritance of substantial real estate--not to mention a title--in the Shetland Islands has caused more than a stir in the quiet fishing hamlet of Whales Reef. How can life ever be the same with an outsider--and a woman at that--playing such a pivotal role in the life of this traditional community? But it isn't just the locals who have deep misgivings about the current situation. Loni herself never imagined this in her wildest dreams and wonders whether she's cut out for it.

Loni would hardly let herself acknowledge that she's falling in love--with Whales Reef, with its hardy people, and with local chieftain David Tulloch, whose inheritance she has usurped, at least in the eyes of some. Or has she merely been seduced by the simple, peaceful way of life that exists here?

Yet life in Whales Reef is rarely without drama. Deep rifts exist between certain lifelong neighbors, and when a dead body is discovered, suspicion is cast in the direction of the Tulloch family. How Loni and David face up to this challenge will profoundly shape their relationship, as well as the future of the island.

"The story switches between decades, continents, couples, and plot threads that include international and corporate intrigue, World War II derrring-do, murder, and a scheming woman. . . . Phillips has a strong following among lovers of George Macdonald's romances and theology, and they will find an abundance of Scottish details. "