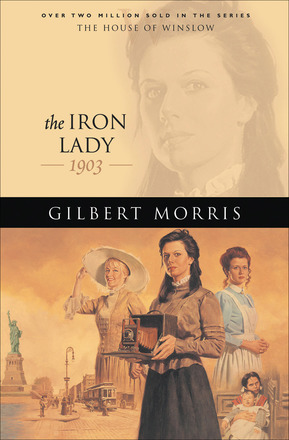 Turn-of-the-century New York City--a place of opportunity, deception, and phenomenal need.As America makes its ascent as a world power, three young daughters of Winslow come to bustling New York City in 1902 seeking careers and direction for their lives. But each of the Winslow cousins finds a different world and is drawn in her own separate way.Ruth Winslow feels called to be a missionary and comes to New York's Baxter Hospital to train as a nurse. She finds rich fulfillment in her work among the poor and suffering immigrants--as well as a growing interest in the young Scottish doctor David Burns.Priscilla Winslow joins Ruth in the nursing program but has a passion for the bright lights of show business. Despite all the warnings, when her dreams come true, life on the stage takes on a dark side.Esther Winslow is engaged to a wealthy New York businessman but is restless to do something meaningful with her life. Her photographs of the plight of the immigrants in the tenement slums and her meeting a young South African doctor who risks everything to help the sick opens a new door to her, but where will it lead?