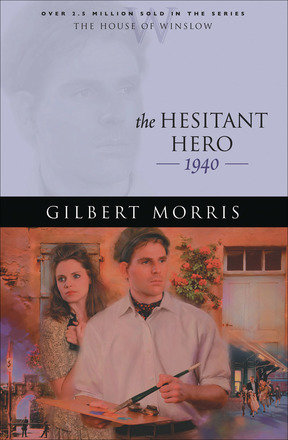 Will they ever make it to the coast? It all depends on... the HESITANT HERO

When Tyler Winslow is expelled from college in New York, he decides to study art in Paris. When he fails at that as well, and with no family or career to return to in the States, he settles further south in France, painting for his own pleasure and pursuing a woman he had dated in college.

Jolie Vernay has no interest in Tyler, but their lives are soon entwined with those of several Jewish orphans. As the conflicts of World War II come dangerously close, Tyler starts to understand that the world doesn't revolve around him. He and Jolie agree that they must flee the country and get the children to safety.

Then a baby is also thrust into their care, further complicating the already desperate situation. Can they hope to escape the Nazis when all the odds are against them?
(House of Winslow Book 38)