The Edge of Recall 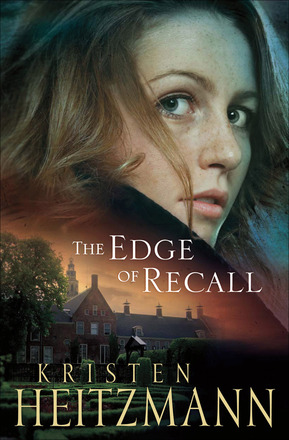 Tessa Young, an up-and-coming landscape architect who specializes in the design and creation of labyrinths, has immersed herself in the mythological, spiritual, and healing aspects of the elaborate structures. She also is searching for God and hoping to make sense of the nightmares that have plagued her since childhood. When Smith Chandler, an estranged colleague--with whom she'd half fallen in love a dozen times before catching herself every time--calls to propose a project he claims is the opportunity of a lifetime, she reluctantly agrees to check it out.
Smith is reconstructing a pre-Revolutionary War abbey for wealthy clients. Among its remarkable features is an overgrown labyrinth. Unable to resist, Tessa accepts his offer to work with him.
Soon she is immersed in the project of a lifetime. But one evening, after weeks of work in the labyrinth, Tessa and Smith are attacked. While protecting Tessa, Smith is stabbed, and the nightmare begins...again.

"Smith Chandler hires Tessa Young, a landscape architect specializing in labyrinths, to work on an ancient one for a rich client. Smith and Tessa have a college background of conflict and love interest; but Smith, an architect, knows Tessa is best for the job. Tessa's mental illness and work with her psychiatrist seem to escalate as strange happenings and sparks renew with Smith. Her nightmares become real, intertwined with labyrinths and her dad's disappearance with she was five. Her journey with Smith into a past labyrinth brings out the truth.

"The first part of the book is exhausting with constant sparring and endless details. If I had not persevered to the last third, where the real story picks up, I would not have known that it was a satisfying read. Those who enjoy psychological suspense, labyrinths, and architecture will like it."
--CEM, Church Libraries, Winter 2008-2009

"Landscape architect Tessa Young has suffered from nightmares since she was a child, but designing and building complicated labyrinths has a dealing effect on her. When she is offered a choice project of re-creating a beautiful colonial labyrinth, Tessa is tempted; yet the person offering the job, Smith Chandler, had let her down once before, and she doesn't know if she can trust him again. But then Tessa is assaulted, and the real suspense begins in this high-stakes, action-packed thriller. Heitzmann's first-rate prose and her engrossing story result in a satisfying beach read. Recommended for fans of Christian suspense featuring female protagonists. Heitzmann resides in Colorado Springs."
--Library Journal, June 1, 2008