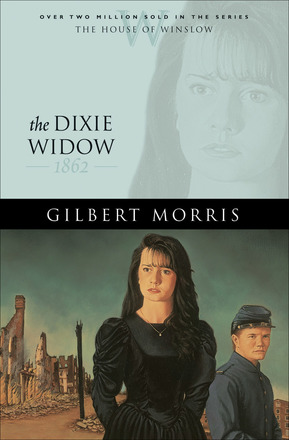 At the conclusion of The Last Confederate, almost twenty-four thousand Union and Confederate soldiers had fallen on the field of battle at Sharpsburg, making it the bloodiest day of American history. Among the casualties for the South was Captain Vance Wickham, husband of Belle Wickham. She was a daughter of Sky and Rebekah Winslow, and now the tragedy of war makes its dreaded call upon the Winslow family. In The Dixie Widow, Belle Wickham's sorrow turns to anger and bitterness, then finally to blind hatred for the North. She declares in steely voice, "I live for only one purpose: to see the Union destroyed," and vows to remain a widow until the Yankees are whipped. Belle is persuaded to travel to her Winslow relatives in the Washington, D.C. area and spy for the Confederacy--at the risk of her own life. Taken into the home of her grandfather, Captain Whitfield Winslow, she is in a strategic position to secure secret information to pass to the South. But an even greater tragedy awaits the Winslow family. Book 9 in The House of Winslow.