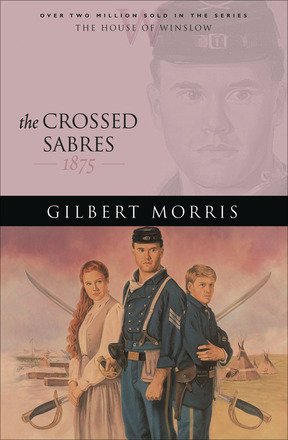 Thomas Winslow fought bravely in the Civil War and was fortunate to survive the grim carnage. But the final defeat on the field of battle was far less painful than the personal defeat he encountered upon his return home. Betrayed by his wife and best friend, the only remnant of his marriage and love was a newborn daughter. Despite the difficulties, Tom remained adamant against giving Laura up. He eventually took a job with the Department of Indian Affairs. Over a period of several years, he and his young daughter move all over the Northern Plains, meeting with the leaders of the Indian tribes, then bringing recommendations with his findings. There was no other white man who knew the country or the Indians better than Thomas Winslow. When the opportunity comes to join the Seventh Cavalry under General George Custer, it affords a better home life for Laurie and a highly desired return to a military career for Winslow. But Tom soon discovers that Custer's campaign against the Indians in the Northern Plains is ill-fated and that his old bitter rival, Spencer Grayson, is a superior ranking officer! As they head toward the Little Big Horn and the final confrontation, who will be left standing? House of Winslow Book 13.