The Apostolic Fathers and the New Testament 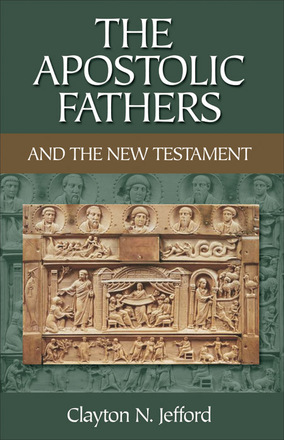 "Jefford serves as a salutary guide through a rich body of Christian writing that has long deserved a wider readership. Specialists and non-specialists alike will learn from Jefford's clear and engaging study."--Elizabeth A. Castelli, Barnard College, Columbia University

The apostolic fathers were authors of nonbiblical church writings of the first and early second centuries. These works are important because their authors, Clement I, Hermas, Ignatius of Antioch, Polycarp, and the author of the Epistle of Barnabas, were contemporaries of the biblical writers. Expressing pastoral concern, their writings are similar in style to the New Testament. Some of their writings, in fact, were venerated as Scripture before the official canon was decided.

Any attempt to compare the Apostolic Fathers and the New Testament faces the difficulty that each set of writings represents diverse authors and historical contexts within the early church. As a result, scholars who work in the field have typically restricted their research to individual authors and writings. Thus, it has been difficult to come to any general observations about the larger corpus. After carefully examining images, themes, and concepts found in the New Testament and the apostolic fathers, Jefford posits some general observations and insights about the beliefs of the early church.

"The anthology of second-century Christian writings that has come to travel under the collective name, the Apostolic Fathers, has long been a source of great interest to students of the New Testament and Christian origins. Comprised of a wide array of genres--from apocalypse to pastoral letters, from martyrology to church manual and theological polemic--the Apostolic Fathers flesh out many of the contours of the Christian movement in a critical period of social expansion and theological debate. Clayton Jefford's The Apostolic Fathers and the New Testament provides a literary, historical, and theological map of this complex terrain, helping readers to navigate the topography of continuities and discontinuities of the second-century Christian engagement with scripture's complex legacy as they lived it in the emergent Christian community. Focusing particularly on questions of ethics and identity, Jefford serves as a salutary guide through a rich body of Christian writing that has long deserved a wider readership. Specialists and non-specialists alike will learn from Jefford's clear and engaging study of the theological and social labor performed by this eclectic collection of early Christian writing."--Elizabeth A. Castelli, associate professor of religion, Barnard College, Columbia University

"This text would be very helpful to seminary students or to those with (very!) little knowledge of its general topic--the relation of the New Testament to those writings classed as the Apostolic Fathers. Jefford has approached his topic and organized this book with the concerns of such readers in mind. Each chapter ends with some suggested books in English which take up the general topic in more detail. . . . His focus is . . . to provide a very gentle introduction while impressing the importance and relevance on students entirely new to the topic."--Toronto Journal of Theology