series: Land of the Lone Star 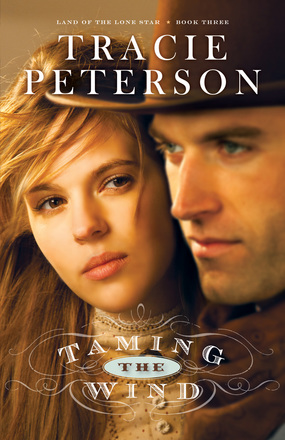 When Cassie Lowe goes to live with her sister in the years following the Civil War, she is reacquainted with a man who once saved her life, Tyler Atherton. But Cassie is no longer the lighthearted young woman he once knew. She is now a widow with a young daughter, and she is nursing the disappointments and hurts from a difficult marriage. Though she longs to open her heart again, she is bound by fear and mistrust.

Tyler has demons of his own. Still haunted by the knowledge that his father was murdered by Comanches, he puts all his focus on reclaiming his inheritance: the ranch stolen from his family as punishment for his fighting for the Confederacy. With his affection for Cassie growing, he longs to provide a home and future for her and her daughter.

Though yearning to pledge their love, both Cassie and Tyler struggle to conquer their fears. Will Indian attacks, post-war renegades, and the hardship of life on the Texas plains destroy their future? Or will they find the strength to surrender their wills to God...and embrace his perfect plan?

"Tracie Peterson sets a fine example of everything historical fiction should be."
--HistoricalRomanceWriters.com