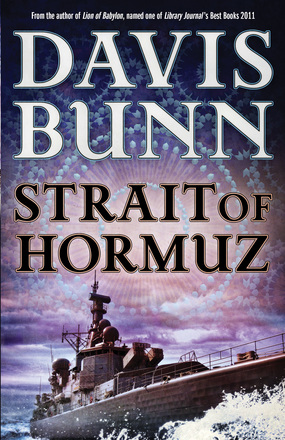 "They're out there. The danger is real... and inbound."
--Marc Royce

An under-the-radar phone call from the U.S. State Department puts Marc Royce once again on assignment--ferreting out rumors of a clandestine operation stretching from Asia to the Mideast. At stake is Iran's threat to blockade the narrow Strait of Hormuz, cutting off vital shipping routes and escalating global tensions beyond the breaking point.

Under the guise of investigating money laundering via high-end art purchases in Europe, Royce finds himself in Switzerland with only sketchy information, no backup, and without a single weapon other than his wits.

His appointment with a gallery owner in Geneva is a dead end--the man is on the floor with a bullet through his chest. But it turns out Royce does have backup. The Mossad has sent someone to keep an eye on this undercover op, which is of more than casual interest to the Israelis. And it's someone Royce knows...

A small team gathers around Royce--
a single objective against multiple enemies.

A precise and intricate tale of cross-cultural friendship and loyalty.

Publishers Weekly on Lion of Babylon

Thorough characterizations, a fast pace, and attention to detail make this a sure bet.

[Bunn] does something few Christian fiction writers do. Starting with what seems to be a narrow view, his stories open readers to a bigger multicultural and multireligious world....he always seems to surprise and lead into places readers don't expect.