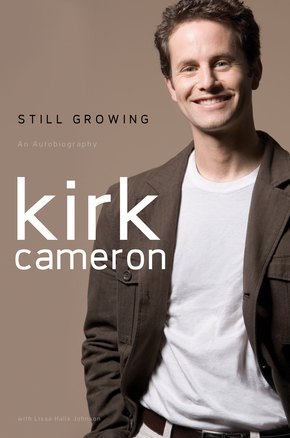 Kirk Cameron is best known for his role as lovable teenage troublemaker Mike Seaver on the award-winning TV series Growing Pains, but his rise to fame and fortune is only part of his incredible story. In this intimate autobiography, Kirk opens up about his early years, his rocket to stardom, his life-changing encounter with Jesus, and the hard choices he's made along the way to live in the Way of the Master. Fans will get an up-close and personal look at what drives the former teen-magazine heartthrob and find out how God and family became the secrets behind his celebrated smile. In his own words, Kirk shares how he's still growing--even through the triumphs and temptations of his Hollywood career.