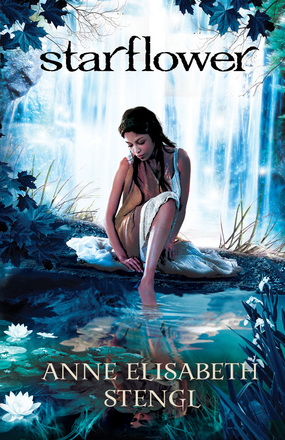 The Black Dogs Are on the Hunt, But Who Is Their Prey?


When a cursed dragon-witch kidnaps fairest Lady Gleamdren, the Bard Eanrin sets boldly forth on a rescue mission... and a race against his rival for Gleamdren's favor. Intent upon his quest, the last thing the immortal Faerie needs is to become mixed up with the troubles of an insignificant mortal.


But when he stumbles upon a maiden trapped in an enchanted sleep, he cannot leave her alone in the dangerous Wood Between. One waking kiss later, Eanrin suddenly finds his story entangled with that of young Starflower. A strange link exists between this mortal girl and the dragon-witch. Will Starflower prove the key to Lady Gleamdren's rescue? Or will the dark power from which she flees destroy both her and her rescuer?

"Christian fantasy fans will be particularly enthralled by the Tales of Goldstone Wood." --Publishers Weekly

"Fans of Tolkien and the darker talers of Faerie will be drawn into Stengl's effusive prose and wonderfully scary worlds... a series to stretch your imagination over several long winter nights."