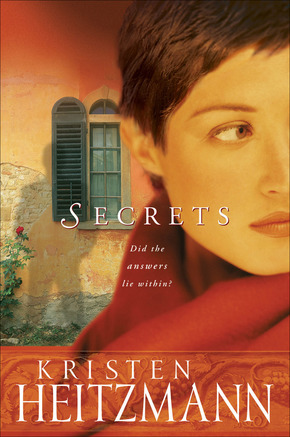 Antonia stared out the Studebaker's rear window as it sped away from her grandfather Quillan's Sonoma villa, leaving behind the vineyard that had been life to her family -- a life now lost....

The old villa needed what Rese Barrett could do as well as any man on the crew. Trained by the best, she had honed her skills with a passion for quality, an eye for detail, and no room for compromise. Renovation was her joy--taking something old and making it new without changing the heart if it. But this time the inn she restored was hers, and this time she worked alone....

The answers were there if he could find them, and the commission from his grandmother Antonia compelled him to do so.  Brash and impulsive, Lance Michelli arrived at the inn sure of his quest and sensing his right. After all, it was part of his heritage.

Chef, musician, and spellbinder, Lance talked his way into her plans before she'd even made them and had Rese telling secrets she'd never before revealed.  He spoke of faith as if he could touch it, but how much more was left unsaid?

Winner of the Christy Award, presented by the Christian Bookseller Association to honor the best in Christian fiction.