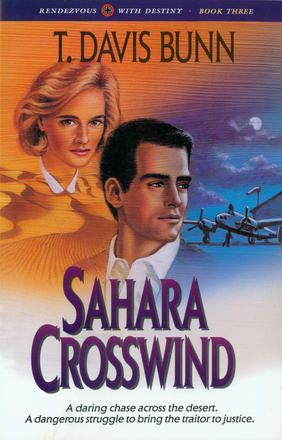 Stalked by Bands of Assassins, They Risk the Ravages of the Desert to Save a Nation From the Hand of Tyranny In Morocco, Jake Burnes and Pierre Servais have rescued Pierre's twin brother from his kidnappers, but their reunion is overshadowed by mortal danger. Patrique Servais, a leader in the French Resistance, weak from months of imprisonment and torture, had stumbled upon Nazi collaboration and treason at the highest levels of French government, and rewards for his assassination have mercenaries stalking their trail.As the rolling tide of danger closes in, the vast reaches of the Sahara threaten to swallow them up. Will the clifftops to the mediterranean offer a sanctuary from the storm?