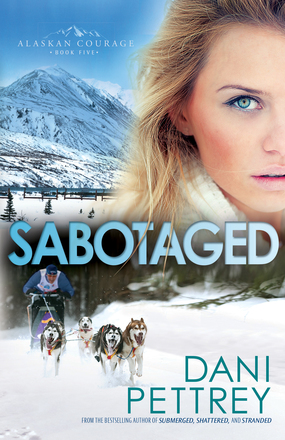 Growing up, goody-two-shoes Kirra Jacobs and troublemaker Reef McKenna were always at odds. Now, working together as search-and-rescue for Alaska's arduous Iditarod race, a growing attraction seems to be forcing aside old arguments. Then Reef catches Kirra sneaking from camp in the middle of the night.

Kirra's uncle, a musher in the race, has disappeared. Kirra and Reef quickly track the man, but what they discover is harrowing: Frank's daughter has been kidnapped. Kirra and Reef, along with the entire McKenna family, are thrown into a race to stop a shadowy villain who is not only threatening a girl's life--but appears willing to unleash one of the largest disasters Alaska has ever seen.

I have not been this enthralled since the O'Malley series by Dee Henderson!

Pettrey concludes the Alaskan Courage series with a fast-paced, breathtaking finale....The plotting is tight and adventure flows from this gripping tale.

Fans of the series will love Pettrey's newest tale, which is filled with intrigue, danger, and romance set in the dramatic Alaskan winter.

Packed with scenes featuring the extended McKenna clan, the story rushes on as breathlessly as the race itself.... As the conclusion to the Alaskan Courage series, Sabotaged is a breathtaking read and a satisfying goodbye to a beloved cast of characters. Readers are sure to be excited for Pettrey's new series.