New Focus for an Emerging Discipline 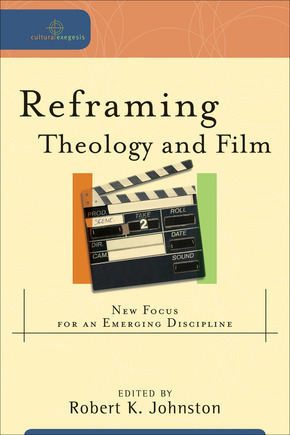 "An important and timely work that should make an important contribution to the discipline. It deserves to be read and debated widely by scholars in the field."--John Walliss, Theological Book Review

The study of theology and film has been in existence for fewer than three decades. What, then, does the future hold for this evolving subject? Robert Johnston has drawn together more than a dozen scholars who regularly write and teach on the topic in Reframing Theology and Film: New Focus for an Emerging Discipline; their contributions explore how the discipline of theology and film can flourish and mature. The book also emphasizes the overlooked and undervalued aspects of theology and film. Borne out of a three-year consultation and funded by the Luce Foundation, this project is divided into six parts. Each section concentrates on a particular theme, such as broadening the scope of films to study and engaging the perspective of film viewers and their meaning-making process.

This anthology will resonate with theology and film professors, students, pastors, librarians, and interested lay readers. Reframing Theology and Film is destined to become an important work in the expanding field of theology and film.

About the series: The Cultural Exegesis series provides methodological and foundational studies that address the way to engage culture theologically. Each volume works within a specific cultural discipline, illustrating and embodying the theory behind cultural engagement. By providing the appropriate tools, these books equip the reader to engage and interpret the surrounding culture responsibly.

"Here is a fine collection of essays full of rich detail, engaging insights, and provocative suggestions. The impressive cast of authors points beyond many of the usual frames of study, offering original perspectives and new approaches. Without exception, the chapters make a valuable contribution to ongoing dynamic conversations. This is a 'must-read' for anyone with an interest in film and theology."--Jolyon Mitchell, senior lecturer, Edinburgh University; author of Media Violence and Christian Ethics and coeditor of The Religion and Film Reader

"In this single volume, the field of theology and film has matured from infancy to adulthood. Robert Johnston has assembled a top-notch group of scholars to set the stage for emerging directions in the field. No future writing on the topic can ignore the categories reframed by the contributors here."--S. Brent Plate, editor of Representing Religion in World Cinema and coeditor of The Religion and Film Reader

"Contributors include numerous scholars in the field as well as a few religious leaders and filmmakers. Johnston contributes a helpful introductory chapter and an excellent closing chapter. All the chapters are interesting and insightful, and the book as a whole makes a real contribution to the field by showing how the study of theology and film can be enhanced in various ways. Since theology and film as an academic discipline is less than 30 years old, works such as this one can have a significant impact. . . . Recommended. Lower-level undergraduates through faculty/researchers; general readers."--J. Jaeger, Choice

"This book is a helpful resource for connecting film and theology. It is not a beginner's guide but a collection of academic essays from a wide variety of experts."--Krish Kandiah, Christianity

"This is, without a doubt, the definitive collection for those on the cutting edge of this several decades old discipline of relating theology and film, exploring the landscape of the discipline, thinking through recent insights, and charting a possible future for this evolving subject."--Byron Borger, heartsandmindsbooks.com

"This is an important and timely work that should make an important contribution to the discipline. It deserves to be read and debated widely by scholars in the field."--John Walliss, Theological Book Review

"A helpful resource for connecting film and theology. . . . This is indeed an intelligent read with some world-class contributors. . . . This is an excellent book if you wish to dig deeper into the phenomenon of faith and film."--Adrian Drayton, Insights

"The volume displays one of the greatest values a reader can find: namely, the essays in it go beyond the presentation of prepackaged information and beyond merely safe predetermined schemes and, daringly, invite us to a way of reading that actually allows the reader to co-create meaning with the authors. . . . The novel approaches of this volume . . . can open up new perspectives for the film viewer and lead to formulating further questions, viewpoints, or even objections. . . . The essays in the book . . . provide valuable insights not only for theoreticians of the discipline but also for those wishing to put it into practice (ministers, teachers of religious education, youth workers, and so forth)."--Gabriella Rácsok, Calvin Theological Journal