A Contemporary Retelling of Persuasion 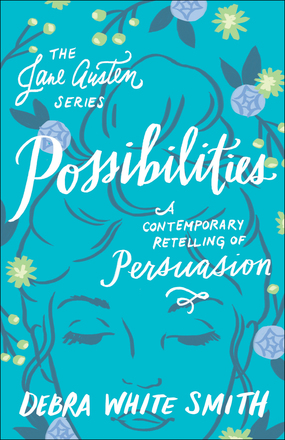 Allie Elton, daughter of the "Peach King of the South," has fallen madly in love with handsome, smart, and driven Frederick Wently--the peach plantation's yardman. After a year of keeping their relationship a secret, they're finally ready to announce their engagement.

But Allie is devastated when her aunt--the woman who raised her like a daughter--says the heiress to the peach fortune needs to consider her family reputation and should most certainly not be settling down with "a nobody." When a minor accident occurs, Allie winds up in the hospital and separated from Frederick forever.

Now, after ten years of obeying her family's every command, Allie comes face-to-face with her former love, whose character appears to have changed so drastically she hardly recognizes him. Allie is heartbroken . . . and yet she finds herself inexplicably drawn to Frederick. How can she move beyond these feelings when he's now living right under her nose?