I Will Not Be Silent 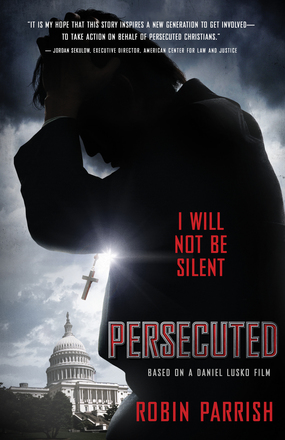 "The framers of our Constitution meant we were to have freedom of religion, not freedom from religion."--Reverend Billy Graham


The Question Is Not If Attempts Will Be Made
to Limit Religious Freedoms, But When.

And When That Day Comes, Will You Stay Silent?

A storm is coming.

The most popular evangelist of his day, John Luther, simply wants to share the Gospel and enjoy a quiet life with his family. He never asked to be at the center of a political controversy, but an ill wind has been blowing through the halls of Congress, and supporters of a new religious-equality bill see Luther's endorsement as critical.

But when Luther refuses to lend his support, he unknowingly sets in motion an explosive plan bent on destroying his reputation and undermining everything for which he stands. His once-normal life is turned upside down as he becomes a fugitive left with only one dangerous option--putting everything he holds most dear at risk while he fights to expose the truth. It is a mission that brings him face-to-face with the coming storm of persecution that could threaten the very fabric of our nation's freedoms.