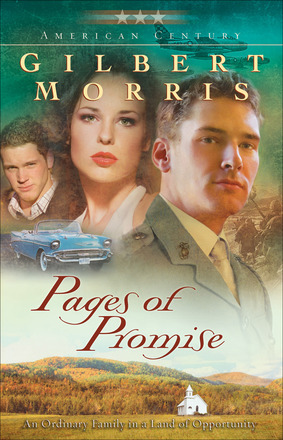 As a new decade begins, the United States enters the war in Korea. From Hollywood to the Ozarks, the sons and daughters of Will and Marian Stuart are living out their dreams and living the good life. The next generation of Stuarts has everything they could possibly want. Will they continue the family's legacy of faith as they launch out to pursue dreams of their own?
Book 6 of the American Century series follows several of the younger Stuarts as they cope with war, disappointment, and shattered hopes. Returning to their roots on the family farm in Arkansas, they find love and healing in unexpected ways.