On Pills and Needles

The Relentless Fight to Save My Son from Opioid Addiction 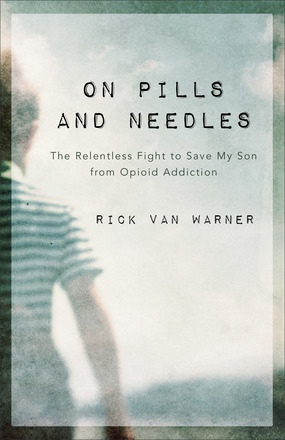 How could this have happened? How could this sixteen-year-old, who less than a week earlier had left home on a typical Friday morning for school, now be flirting with death by overdose?

When Rick Van Warner found himself searching abandoned buildings for his missing son, he had no idea that the synthetic, pill-form heroin that had snared his teen was already killing so many. In the years of pain and heartache that followed as he tried to save his son from addiction, Van Warner discovered what the public has just recently become aware of: prescription opioids are so addictive that even short-term use can create dependency, igniting an epidemic that now claims nearly 100 American lives each day.

On Pills and Needles is one family's story, but it is also a wake-up call and crash course in opioid addiction. Through his harrowing personal journey, Van Warner exposes the common causes of opioid addiction, effective and ineffective ways it has been treated, and how families can walk alongside loved ones who are dealing with the daily agony of addiction.


"Rick Van Warner is a wonderful storyteller. His compelling and honestly disarming book reads like fiction and captures the angst in families where addiction and its collateral damage impact loved ones. He also shows a different path to treatment and recovery than conventional wisdom allows. A real page-turner."--Mark S. Freeman, PhD, psychotherapist and counselor

"Rick Van Warner not only takes us through the dangerous back streets of opioid addiction in America but also through the inner chambers of a loving parent's heart. I found myself holding my breath until the very last page."--Bill Shore, CEO and founder of Share Our Strength

"A compelling story. We need public outrage to end this problem. Most importantly, we need to do our best to make sure that no other parent ever gets the call we got--that our beautiful eighteen-year-old daughter, Victoria, had died from a drug overdose."--David Siegel, president and CEO of Westgate Resorts, founder of Victoria's Voice Foundation


Rick Van Warner is a thirty-year veteran of journalism, crisis management, and media relations. Rick was compelled to share his personal story to help other families after recognizing the endemic nature of the current opioid addiction epidemic. Rick lives in central Florida with his family.

"This is a compelling story about the opioid epidemic in our country that continues to claim so many young lives with no end in sight. You need to know how easy it is for teens to get OxyContin and other pharmaceutical opioids and how the spread of these pills has led to a pandemic of epic proportions. We need public outrage to end this problem. Most importantly, we need to do our best to make sure that no other parent ever gets the call we got--that our beautiful eighteen-year-old daughter, Victoria, had died from a drug overdose. If only we had known what we know today, this tragedy might have been prevented."

"Rick Van Warner is a wonderful storyteller. His book reads like fiction and captures the angst in families where addiction and its collateral damage impact loved ones. In this compelling and honestly disarming family memoir revolving around his son's addiction to synthetic opioids, Rick exposes the excesses and deceptions created by Big Pharma and shows a different path to treatment and recovery than conventional wisdom allows. His contribution to the field is significant, controversial, and a real page-turner."

"This is a brutally honest account of a father's plea to a desperate son in his descent into a hell of drug addiction. This searing narrative of abiding love amid tales of pain, anger, and despair is an inspiration for all who have known the heartbreak of children stumbling down destructive paths."

Walter J. LaCentra, professor emeritus of philosophy and author of The Authentic Self

"When OxyContin and its relatives were first introduced to my oncology practice in the late 1990s, everyone was excited by the claims of reduced-addiction risk, long duration of action, and morphine-like potency. It was only years later that we realized the information provided by the pharmaceutical reps was misleading and that this drug was highly addictive. On Pills and Needles shows how one family (and by extension, society) was affected by Big Pharma greed and ignorance. This is an excellent read, and I highly recommend it to everyone, not just those affected by the ongoing opioid epidemic."

"I've known Rick and his family for more than twenty-five years. I saw firsthand the ongoing, gut-wrenching trials and tribulations they went through to save their son. On Pills and Needles tells the disturbing story of how prescription opioids were marketed as nonaddictive and allowed to flood the nation for more than a decade before lawmakers began recognizing a major problem. Through sharing his family's fight to save their son, Rick paints a sad portrait of a national epidemic that continues to kill thousands each year. This book is a story about a national darkness, personal courage, and a family's perseverance and refusal to give up on their son in the face of heartbreaking challenges."

"How Rick and his family survived their son's heartbreaking and gut-wrenching addiction to opioids is a story that is nothing short of horrific, yet ultimately inspirational. It is one man's blind determination as a father to save his son. This is the story today's politicians should be reading."

"Rick Van Warner is a loving father and a gifted writer. I have known him throughout his journey with his son's addiction, and he has done everything possible to help. I am excited that he has now written a book to share his moving story and considerable learnings. It has the potential to save many people from going through the agony Rick's family has endured."

"Anyone wanting perspective on the toll opioid addiction takes on the entire family and the epic struggle to overcome the devastation it causes will find Rick's book compelling. Rick writes in an open, honest, and often vulnerable way in detailing the emotional turmoil for himself, his family, and his addicted son. He discusses, in his frank way, the numerous treatment centers and therapeutic approaches that seemed to offer hope but too often turned into sources of despair. Helplessness and powerlessness were a given. Yet somehow Rick's, his family's, and his son's heroic struggles bore fruit. As a psychologist, I use the term heroic because that's what they were and still are."

"Every branch in my family tree has addiction hanging like kudzu from it. And this plague is not only present today but goes back as far as I can decipher from the letters and records of my ancestors' lives. So I opened Rick's book with some concern that I would once again be battered by memories past and situations current. Instead, I found a fellow traveler, a friend who, instead of offering solutions, lent me another perspective. I recommend this book to anyone who has ever had a connection to addiction. Rick's net point, that 'love and presence conquer all,' may be as old as the sacred writings but is brought up-to-date in suburban Orlando."

Tim McCarthy, founder of The Business of Good Foundation and author of Empty Abundance

"Has there ever been a more timely publication of what will surely be a lifesaving book? Rick Van Warner not only takes us through the dangerous back streets of opioid addiction in America but also through the inner chambers of a loving parent's heart. I found myself holding my breath until the very last page, and when I finished I felt like I'd forever be a better person, parent, and friend. I learned a lot about opioid addiction but much more about love."

Bill Shore, CEO and founder of Share Our Strength

"This book has opened my eyes to a world that I knew existed but had no understanding of. As a parent, I am frightened by the influences my child faces and the strength he needs to avoid being lured into the world of drugs and dependency. As a professional, I am now wondering who is silently suffering from dependency in my organization. We definitely plan on using Rick as our guide to navigate through these issues, help those in our care and employ who are struggling, and keep them from succumbing to the influence of opiate painkillers and drugs."

"This riveting tale tells about the struggle and emotional toll addiction takes on not just its victims but also their families and friends. In one of the most vivid, in-depth ways ever told, Rick Van Warner provides an absolute must-read for anyone who has dealt or is currently dealing with the realm of addiction."

"This story is so powerful that, as the father of three girls, I found it challenging to read. This issue is in front of us every day, and to know that this actually happened to one of my close friends and associates is staggering. Working in the nonprofit community, I feel it's so important for people like Rick to share their stories so that families can better support each other and help identify serious issues before they become deadly. Kudos to Rick for sharing, for reaching deep within himself to bring this story to life to help others."

"On Pills and Needles is a must-read for every loving parent, with important insight into how kids become addicts and how families might fight and love their way to survival. This is a story as harrowing as it is ultimately hopeful. As our nation grapples with opiate addiction, this brave father shares his family's story with brutal honesty--one family's road map out of hell. It is fast-paced, beautifully written, and incredibly moving."

"The story Rick tells is immensely personal, but it also touches every family in America. The scourge of prescription drug abuse and the tragic consequences it too often sadly leads to for both teenagers and adults need to be addressed with courage and commitment. As hard as it may be to start, we all need to read this powerful message and join the fight to save our families and friends. Thanks for your strength, Rick."

"In writing On Pills and Needles, Rick Van Warner has provided us with a compelling and unique perspective of the opioid epidemic in the United States. Over a decade of his and his family's life has been focused on his dear son's addiction, dealing with self-doubt, strains on marriage, balancing the needs of other children, financial considerations, and much more. Moreover, as a medical professional, I cannot help but be impressed with the depth of research and truth this volume has provided for myself, my colleagues, and the lay public. It is no less a journey of unconditional fatherly love and discipline, a roller-coaster ride accompanied by unfathomable pain and resentment shifting to forgiveness, acceptance, and encouragement as key scaffolds in the bridge to a sustained recovery."

"On Pills and Needles is a brilliantly written account of one family's life-and-death battle with opioid addiction. Rick Van Warner maintains the fast-paced intensity of a Grisham novel as he unravels this personal journey through the swirling path of his son's addiction. We're not just along for the ride; we're riding shotgun as we discover the pandemic reach of this addiction-- the loss of ninety-one American lives every day and the impact on countless others. We're both informed and inspired as we see the heartbreak that opioid addiction has brought on his entire family. Rick's battle becomes a bigger war, as he discovers the stranglehold that greedy Big Pharma and their lobbyists maintain, thus blocking any meaningful legislation that could end this atrocity. I highly recommend that you and everyone you know read this book. Share it with your family, friends, and neighbors. You might change a life, or at least educate a community, and help solve one of the biggest problems out there."