Now I Walk on Death Row 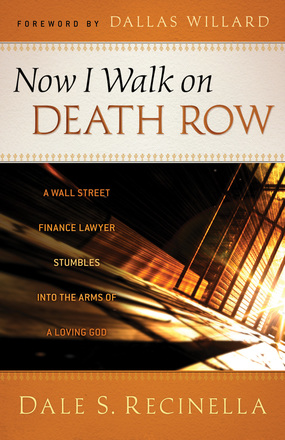 As one of the most influential finance lawyers in the country, Dale Recinella was living the American dream. With prestige, power, and unthinkable paychecks at his fingertips, his life was perfect... at least on paper. But on the heels of closing a huge deal for the Miami Dolphins, Dale's life took an unfathomable turn. He heard--and heeded--Jesus's call to sell everything he owned and follow him. Thus began a radical quest to live out the words of Jesus--no matter what the cost.

In this quick-paced, well-written story, Recinella shares his amazing journey from growing up in the slums of Detroit to racing through "the good life" on Wall Street to finally walking the humble path of God--the path of ministry on death row.