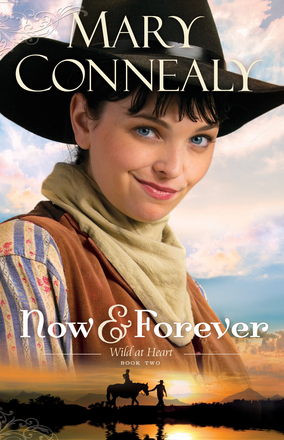 Saddle up for romance and adventure with the Wilde sisters!

Shannon Wilde is the middle sister--and the one who loves animals. She's established her own homestead and is raising sheep for their wool. Things are going fine...until Shannon gets swept over a cliff by Matthew Tucker!

Tucker seizes every opportunity to get away from civilization, but one particular walk in the woods ends with him sprinting away from an angry grizzly and plunging into a raging river, accidentally taking Shannon Wilde with him. Their adventure in the wilderness results in the solitary mountain man finding himself hitched to a young woman with a passel of relatives, a homestead, and a flock of sheep to care for.

As Tucker and Shannon learn to live with each other, strange things begin to happen on Shannon's land. Someone clearly wants to drive her off, but whoever it is apparently didn't count on Tucker. Trying to scare Matthew Tucker just makes him mad--and trying to hurt the woman he's falling in love with sets off something even he never expected.

The humorous plot is balanced by suspense-filled drama that unfolds, exposing more of the lives of the Wilde sisters. Readers will be waiting for the third installment with open arms.