Radical Islam, Militant Secularism and the Myth of Coexistence 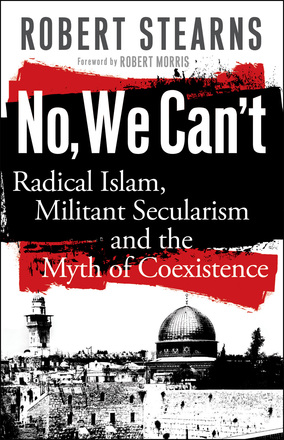 Respected Leader Exposes the Myth of Coexistence among Islam, Secularism, and Christianity

Fueled with clever slogans and celebrity endorsements, the religious "Coexist" campaign is gaining momentum. On the surface, this movement is appealing, with its promise of promoting harmony and ending religious intolerance. But beneath the bumper stickers and T-shirts, the truth is buried: coexistence is a myth.

Instead, a war for world domination is raging--between radical Islam, fundamentalist secularism, and Judeo-Christianity. What does it mean for believers and why should they care? From years of global outreach, Robert Stearns examines the coming perilous culture clash. With clarity and astonishing depth, he shows readers
• the power of radical Islam to reshape Western culture
• why Judeo-Christianity is losing strength
• the rise of apostasy within the church
• what believers can and must do
• and more

The ultimate dominance of any of these worldviews will create a tipping point in global culture. Which will it be?