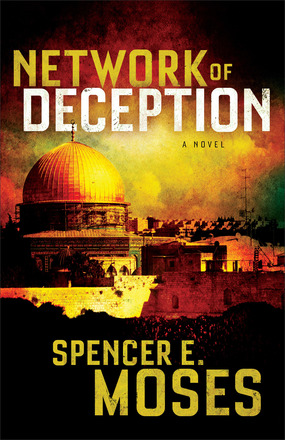 Eric Stone is used to being in control. Years ago, he left the CIA to start his own spy agency, one that wouldn't find itself at the mercy of political gridlock and internal power plays. He's assembled a diverse and talented team of patriots who are ready for anything the world can throw at them--except maybe the shadowy Simone Koole.

Israeli Simone Koole joined Mossad years ago to serve her people and her God. A passionate follower of Adonai, she's hired Stone's agency to help her wage a high-stakes cyber war against Israel's enemies. And she's definitely calling the shots--which most certainly isn't Eric Stone's preferred relationship with a client.

With tensions high and time running out, can Simone and Eric work together to defeat their common enemy? Or will the harsh realities of duty destroy the tentative relationship that's forming between them?

Network of Deception is a globe-trotting glimpse into the secret world of international espionage that will leave you breathless.


Spencer E. Moses is a prolific author and a member of the Writer's Guild of New York City. Former senior vice president of Feed the Children, he is an archbishop in The Communion of Evangelical Episcopal churches and lives in Colorado.