My Soul to Keep 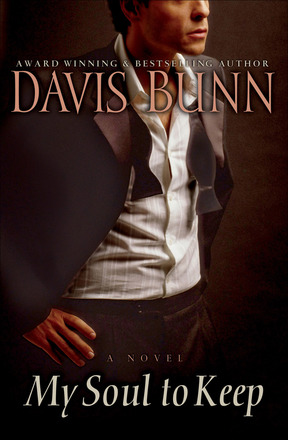 An entrepreneur from Poduncksville with a vision teams up with an actor just out of prison and a has-been scriptwriter--is their effort truly inspired or doomed from the start?

A true star in every sense of the word, Brent had arrived--more enthusiastic fans with each new movie, a host of friends among Hollywood's elite, and more money than he could spend. He didn't even notice the signals of the downward spiral that ended in a terrible accident...and six long years in prison.

But God finds Brent, and it is in prison he is transformed. On release, he sets himself up with a small lawn service business and volunteers his experience and acting skills with a local theatre group.

Celia had thought the inner and outer scars left by the accident were far beyond forgiveness--how could she ever find it in her to absolve Brent simply because he asks?

A Christian businessman, Bobby Dupree has a string of entrepreneurial successes behind him. Then he is challenged with another venture--one that puts him squarely in the middle of an industry totally foreign to his experience. How can he make this story into a film when he doesn't even know where to begin?

Thus begins an odyssey bringing some very unlikely people together to do something bigger than any of them could have imagined on their own. Their endeavor pits faith and vision against unlimited money and power thrown against this new upstart company from Nowhere called Shoestring Productions.

"My Soul to Keep grips the reader with heartrending power and poignant insights...
envelops readers, drawing them ever deeper into this memorable tale.
Bunn's portrayal of Hollywood is astonishingly real and offers a dramatic portrayal of faith at work in the entertainment industry. Bravo!"
--Ted Baehr, Founder and President, Movieguide Magazine