Rabbinic Thought and the Teachings of Jesus 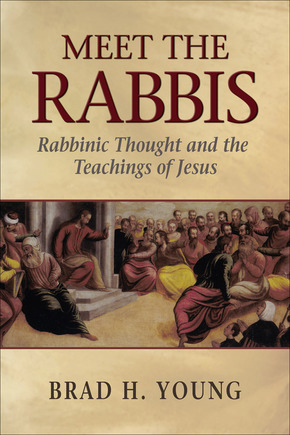 "Young presents an independent introduction to rabbinic literature and history that highlights aspects of rabbinic Judaism that are instructive for understanding early Christianity. . . . This work is most successful in its treatment of points of contact between rabbinic thought and early Christianity, and analysis of where these commonalities diverge."--Religious Studies Review

In this sense, rabbinic thought is relevant to every aspect of modern life. Rabbinic literature explores the meaning of living life to its fullest, in right relationship with God and humanity. However, many Christians are not aware of rabbinic thought and literature. Indeed, most individuals in the Western world today, regardless of whether they are Christians, atheists, agnostics, secular community leaders, or some other religious and political persuasions, are more knowledgeable of Jesus' ethical teachings in the Sermon the Mount than the Ethics of the Fathers in a Jewish prayer book. The author seeks to introduce the reader to the world of Torah learning. It is within this world that the authentic cultural background of Jesus' teachings in ancient Judaism is revealed. Young uses parts of the New Testament, especially the Sermon on the Mount, as a springboard for probing rabbinic method. The book is an introduction to rabbinic thought and literature and has three main sections in its layout: Introduction to Rabbinic Thought, Introduction to Rabbinic Literature, and Meet the Rabbis, a biographical description of influential Rabbis from Talmudic sources.

"An informative and highly readable volume that will serve its target audience well."--Biblical Theology Bulletin

"This book represents part of a growing collection of works written specifically for a lay Christian audience that seek to identify the Jewish context of the NT and early Christianity. In this volume, Young presents an independent introduction to rabbinic literature and history that highlights aspects of rabbinic Judaism that are instructive for understanding early Christianity. It also seeks to reverse a long-standing negative attitude toward Judaism (particular Pharisaic-rabbinic Judaism) displayed in many popular and scholarly discussions of the background of the NT. Young offers an overwhelmingly positive image of Judaism and its role in shaping early Christianity. Young places particular emphasis on the history and character of the rabbis, the corpus of rabbinic literature and the idea of an oral Torah, and rabbinic thought. This work is most successful in its treatment of points of contact between rabbinic thought and early Christianity, and analysis of where these commonalities diverge."--Religious Studies Review

"This text presents insights to both interest and challenge students of the Bible with the hope that they might choose to pursue a closer study of the Jewish sources and resources that are available for study. This book is of value for all students, particularly undergraduate students."--Theological Book Review