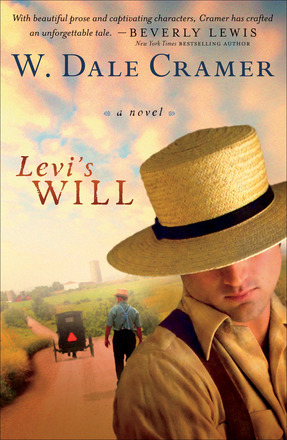 Winner of the 2006 Christy Award for Contemporary Fiction

Dusk. An Amish farm in Ohio. Will's father doesn't recognize him at first--it's been eight years--so he holds a match up to Will's face to see him better. "I thought you were dead," Levi Mullet says, then blows out the match and walks away.

This is not how it's supposed to be. Where's the fatted calf? The party?

For years, Will has worked to overcome the ban of his father and the Old Order Amish community. Only now, when the life of his own son hangs in the balance, does he begin to see the truth--that love is the proof of God, and forgiveness the proof of love.

Levi's Will is the mesmerizing story of an Amishman seeking to build a bridge across three generations.

"[Levi's Will] powerfully portrays the relationships between fathers and their children, the bitterness of rejection and the redeeming power of friendship, faith and forgiveness."--Publishers Weekly

"[A] beautiful and original story. . . . This is an accomplished work."--Booklist (starred review)