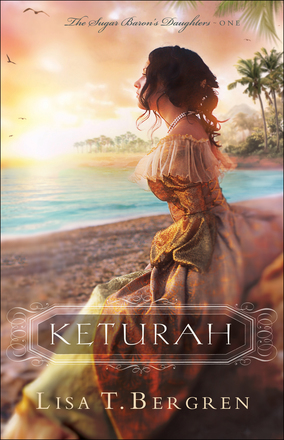 In 1772 England, Lady Keturah Banning Tomlinson and her sisters find themselves the heiresses of their father's estates and know they have one option: Go to the West Indies to save what is left of their heritage.

Although it flies against all the conventions, they're determined to make their own way in the world. But once they arrive in the Caribbean, conventions are the least of their concerns. On the infamous island of Nevis, the sisters discover the legacy of the legendary sugar barons has vastly declined--and that's just the start of what their eyes are opened to in this harsh and unfamiliar world.

Keturah never intends to put herself at the mercy of a man again, but every man on the island seems to be trying to win her hand and, with it, the ownership of her plantation. She could desperately use an ally, but even an unexpected reunion with a childhood friend leaves her questioning his motives.

To keep her family together and save the plantation that is her last chance at providing for them, can Keturah ever surrender her stubbornness and guarded heart to God and find the healing and love awaiting her?

"The setting is lush, the political and cultural climate is as heated as the weather and the characters are authentic and believable. Each sister is very different from the other two, and strong-willed Keturah's troubled and dangerous path to restore her faith in God, along with the production of the plantation, is a compelling lead into her younger sisters' stories to come."

"Bergren puts a fresh spin on popular colonial fiction in this series launch that follows three sisters as their lives are shaped by their new circumstances. Keturah is a strong female protagonist who will appeal to inspirational fiction fans who appreciate stories about women who forge their own path in life."

"Keturah is a determined but deeply scarred individual. Her healing process is sensitively developed as she struggles to come to terms with her past and her faith in God. She is supported by a delightful dash of sisterly love, which I found to be the story's heart. The meticulously realized island setting is also a gem that Bergren polishes to a shine."