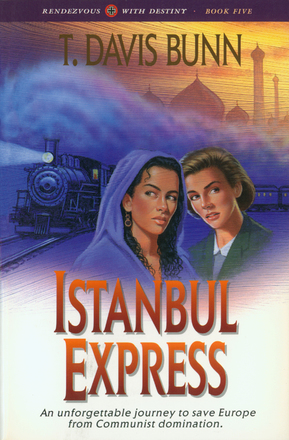 The Post-War Drama Continues in the Rendezvous with Destiny Series!

In the Rendezvous with Destiny novels, readers have joined Jake Burnes and Pierre Servais on post-war adventure in a battle-scarred Europe. Wth the rising Soviet threat, Western Europe lies in economic and military peril while Eastern Europe is falling under Stalin's domination. As the Iron Curtain descends across the continent, American policy races from crisis to crisis. There is only one hope: a strategy of containment to draw a defense perimeter against Communist expansion.

In Istanbul Express, readers will follow Jake, Pierre, Sally, and Jasmyn as their patriotism and passion for justice lead them along murky Byzantine alleys, against a backdrop of magnificent domes and miniarets, and across the dramatic waters of the Bosphorus.

Not to be missed--Book Five in the Rendezvous with Destiny!