Is God a Vindictive Bully?

Reconciling Portrayals of God in the Old and New Testaments 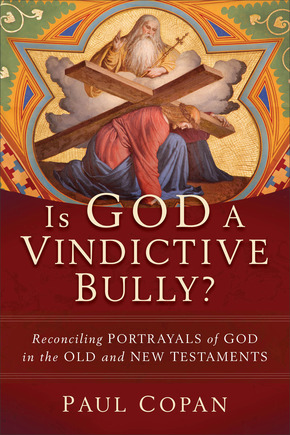 Critics outside the church often accuse the Old Testament God of genocide, racism, ethnic cleansing, and violence. But a rising tide of critics within the church claim that Moses and other "primitive," violence-prone prophets were mistaken about God's commands and character. Both sets of critics dismiss this allegedly harsh, flawed, "textual" Old Testament God in favor of the kind, compassionate, "actual" God revealed by Jesus. Are they right to do so?

Following his popular book Is God a Moral Monster?, noted apologist Paul Copan confronts false, imbalanced teaching that is confusing and misleading many Christians. Copan takes on some of the most difficult Old Testament challenges and places them in their larger historical and theological contexts. He explores the kindness, patience, and compassion of God in the Old Testament and shows how Jesus in the New Testament reveals not only divine kindness but also divine severity. The book includes a detailed Scripture index of difficult and controversial passages and is helpful for anyone interested in understanding the flaws in these emerging claims that are creating a destructive gap between the Testaments.

"Do you have a problem with something, or a lot of things, in the Old Testament? Paul Copan has provided a virtual encyclopedia of helpful answers to frequently asked questions that trouble many readers. He tackles a whole range of objections that arise both from those who claim broad Christian allegiance to the Bible as a whole and from those who make no such claim whatsoever and use the Old Testament as a major reason for their hostility. This is a thoroughly detailed reference work that those of us who teach or preach the Old Testament will turn to frequently, or point others to, when such questions are aired. An excellent resource indeed!"

"People are inclined to think that the Old Testament God is like the Taliban and the New Testament God is a comfort animal. Dr. Copan takes on that kind of view with passion. I can't imagine that there are any misapprehensions about the Scriptures, particularly about the Old Testament, that aren't covered by this book. You may not agree with everything in Dr. Copan's study, but you will be dazzled by the range of issues he covers and the range of material he offers."

"Many books have been published that suggest that the Old Testament describes God not as he really is but rather as Israel depicted him from their rather primitive, tribal perspective. One prominent evangelical voice has even suggested that Christians 'unhinge' themselves from the Old Testament. In this well-thought-out and accessible book, Paul Copan takes on these critics 'from within' the church. He does so with grace yet conviction. I highly recommend this book for all Christians who are tempted to ignore the Old Testament."

"Paul Copan's work speaks to current voices that assert the Old Testament's depiction of God is highly problematic or at odds with the New Testament. He engages critics from outside the faith who with vindictive glee mischaracterize the Old Testament's presentation of God. He addresses critics from within who jettison the hard parts of the Old Testament or assert its depiction of God is in error. God's people are often confused by and suspicious of the Old Testament, wondering how it aligns with Jesus; these conversations are pressing for my seminary students and for local pastors and congregations. Dr. Copan provides a valuable resource in accessible language that speaks with informed conviction and with grace. In a time when the Old Testament's necessary role in Christian faith is attacked and undermined, Dr. Copan's work serves the good of the church. I highly recommend it for all whose faith seeks understanding."

"Old Testament violence continues to be a thorny, painful, and faith-damaging issue for many Christians today. Among the voices attempting to address the questions, one of the most prominent is that of Paul Copan. We can expect anything that comes from his desk to be serious, rigorous, and honest. Is God a Vindictive Bully? is no exception. It will be helpful--even redemptive--for many who wrestle with these questions. And while not all will wholly agree with him, it will be one of the go-to books on the subject for years to come."

Helen Paynter, tutor in biblical studies and director of the Centre for the Study of Bible and Violence, Bristol Baptist College

"In this very important and much-needed volume, Dr. Copan does a marvelous job of dealing with arguments that would introduce a separation between the God of the Old Testament and the God of the New Testament. With erudition he skillfully answers 'critics from without' and, unfortunately, 'critics from within' who advocate for this harmful dichotomy. I am extremely grateful for this faithful defense of the repeated affirmation in the New Testament that the God portrayed in the Old Testament is, indeed, 'the God and Father of our Lord Jesus Christ.'"

"Can a God of love command an adulterer's execution? Paul Copan explores this and many other objections to biblical texts. By careful reading he shows how biblical writings consistently present a single God, gracious and just. Questions and doubts current today are often superficial and unbalanced. Here are clear, well-founded answers for Christian believers."

"Many recent studies on the Bible's portrayal of divine violence attempt to resolve the canon's dissonances with categorical templates or through hermeneutical sleight of hand. Copan, however, refuses the path of least interpretive resistance and opts instead to take the tensive thickness of the Bible's testimony head on. Informed by careful reading and with due attention to contexts and nuances, he offers a study on the topic that is both encyclopedic in scope and thorough in its treatment of particularly problematic texts. Readers will find much to ponder in this important contribution to an urgent conversation."

"At a time when the credibility of the Bible and the character of God are being questioned by critics outside of the Christian community and by some within it, this book offers thoughtful, biblically credible, and theologically convincing answers. Furthermore, Paul Copan exposes the fallacies of the Bible's detractors, as well as the flaws of their readings of the Bible and the ignorance of their conclusions."