Exposing Satan's Plan to Steal Your Purpose, Passion and Power 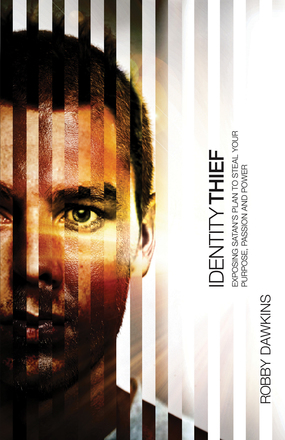 Since the Garden of Eden, our true identities have been hacked--stolen and reprogrammed by Satan.

God has an amazing plan for us. And the enemy is short-circuiting it.

When we don't recognize who we really are, we limit God. But when we grasp the truth of who we are in Christ, we can walk with authority into the realm of power reserved for each of God's children. We can heal the sick, cast out demons and deliver the captives.

We can see miracles and make a lasting impact for the Kingdom.

Don't settle for the glass ceiling constructed from the enemy's lies. Break through it. Exchange fear and doubt for a life of radical possibility.

Reclaim your true identity . . . and change the world.

"God has a specific job and destiny for your life. No one can do it as well as you. This book will give you the course correction to embrace your true destiny. It's not too late!"

from the foreword by Sid Roth, host of It's Supernatural!

"Identity Thief is engaging, encouraging and edifying for those who want to be strong and effective in the Lord's service. It challenges us to believe who we really are and to act accordingly."

"Robby has hit the nail on the head! I encourage every believer to get familiar with this book and put its truth into practice. Now is the time to rise up to our true identity in Christ."