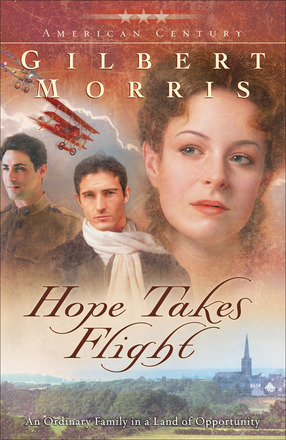 Just years before America witnessed the turn of the century, the three eldest Stuart children left their home in the hills of Arkansas to pursue their dreams in the land of opportunity. Now they are back for a family reunion at the humble home they left years ago.

In an unforeseeable turn of events, their visit is cut short when Lylah and Amos are required to return to the city as the world edges closer to war. Within months they find themselves and their brother Gavin deeply involved in the war efforts, but not in the ways they had ever expected. And as the conditions in Europe worsen, they must face a startling reality: before it's all over, the war could claim the life of one of their own.

Will the Stuarts survive these tumultuous times and return to their family safe and sound? Or will World War I forever change the lives they know?

"Darwin Strikes Back tells the thrilling story of how the Darwinian establishment has summoned all its power to crush the frightening challenge of the Intelligent Design Movement, and how the rebels are not only surviving but gaining new strength as we respond to the onslaught. Highly recommended."--Phillip E. Johnson, emeritus professor of law, University of California, Berkeley; author, Darwin on Trial

"Taking the reader behind the headlines, Thomas Woodward-the premier historian of the Intelligent Design Movement-analyzes crucial developments of the past decade."--Michael J. Behe, department of biology, Lehigh University

"My friend Tom Woodward is one of the most effective and articulate chroniclers of Intelligent Design in America today. This excellent work will clear away some of the fog of confusion spread by Darwinists, and give you solid, useable information to defend Intelligent Design. A very valuable resource in one of the most consequential debates of our times."--Chuck Colson, founder and chairman, Prison Fellowship

"Lucid, thorough, and brisk as the morning news, Darwin Strikes Back traces the launch of the Intelligent Design Movement and the response it has elicited. Woodward shows how ID challenges the interpretation of intelligent display without intelligent agency and calls for an alternative assessment of scientific data. While providing a valuable resource for the seasoned observer, this book should be especially appealing to students and newcomers to the debate wishing to be rapidly brought up to speed."--Leo R. Zacharski, professor of medicine, Dartmouth Medical School

"In their attempt to return fire in the debate against Intelligent Design, the Darwinists are mostly shooting blanks. Tom Woodward does a masterful job of dissecting weak polemic and showing how the Darwinian establishment has resorted to proof by confident assertion, genetic fallacies, and ad homonym tactics rather than genuinely engaging the arguments and evidence that ID theorists have mustered. Woodward predicts correctly that such tactics will not ultimately prevail."--Stephen C. Meyer, director, Center for Science and Culture Discovery Institute

"In Darwin Strikes Back Tom Woodward chronicles the recent acrimonious history of ID and its antagonists. Woodward is an insider who tells an engaging story that will clarify both the nature and the source of current sharp debate surrounding this issue."--Kenneth Petzinger, professor of physics, College of William and Mary

"In Darwin Strikes Back, Woodward presents a clear, accurate, and intriguing account of Intelligent Design, its history, the arguments in its favor, the counterarguments by the Darwinists, and the responses by the ID theorists. This is an important book for anyone who wants a clear picture of the ID/evolution debate."--Russell W. Carlson, professor of biochemistry and molecular biology; executive technical director of the complex carbohydrate research center, University of Georgia

"This is an important book. It brings us up to date on the latest round of skirmishing in the ever-continuing debate over our origins, and helps set the stage for the next round. Better yet, it makes clear to those who may not have followed recent events that the real scientific debate began well but was cut short early, and for the most part still remains unresolved."--David Keller, professor of chemistry, University of New Mexico

"Dr. Woodward has done a favor to both the sympathizer and detractors of the ID movement. Although Tom is clearly an ID proponent, he retains the ability to step back and allow the anit-ID critics to present their case. This is quickly followed by the rebuttals of the leading ID figures. He covers all the leading criticisms: 'ID is not science,' 'ID is religious,' 'Irreducible complexity has been reputed,' and even the more imaginative 'ID will be the end of science.' No one has a better grasp of the ID movement and its detractors than Tom Woodward."-- Ralph Seelke, professor of biology and earth science, University of Wisconsin-Superior

"A brilliant and exhaustive sequel to Doubts about Darwin, critiquing the challenges to ID from 1996 to 2006 and documenting a pattern in these responses that is surprisingly long on rhetoric and short on science, by one of the leading proponents of Intelligent Design."--Walter Bradley, distinguished professor of mechanical engineering, Baylor University

"In Darwin Strikes Back, Tom Woodward has done the ID community an invaluable service. The progress of the ID Movement can be monitored most clearly by the increasing attacks from the evolutionary community. Those outside the battle may be tempted to think ID has been tripped up and is in retreat. Woodward's lucid prose and detailed research shows just the opposite. Read and be encouraged!"--Raymond G. Bohlin, president, Probe Ministries