series: Love along the Wires 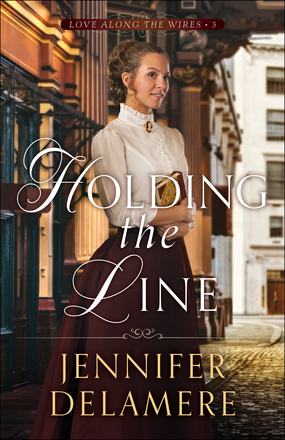 Can she find the strength to heal the wounds of her past--and open her heart again?

A widow at just thirty years of age, Rose Finlay is determined to put all ideas of marriage and family behind her and pursue an independent life. But when she notices a young woman about to be led astray by a roguish aristocrat, bitter memories from her past arise, and she feels compelled to intervene. The unintended consequences of her efforts will ultimately force Rose to reexamine her life in a new light.

As the guardian of his two widowed sisters' financial and domestic affairs, John Milburn carries heavy responsibilities for a single man. But he's faced with his biggest challenge when his headstrong niece falls prey to the attentions of a powerful man who could ruin both her and her family.

When Rose and John join forces to protect his niece, they put everything they hold dear--including their growing attraction--in jeopardy.

"Intrepid Rose's circumstances of survival and new chances carry the engrossing historical read that brings the turn of the nineteenth century to vivid life with plenty of detail. Rose and John are strong, smart, and very appealing characters in Delamere's realistic and emotional romance."