series: Secrets of Heathersleigh Hall, The 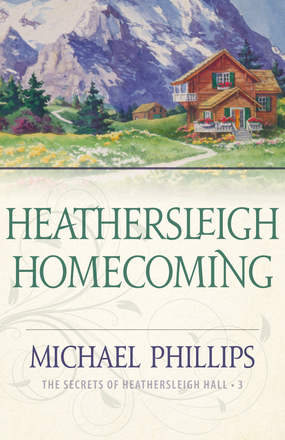 Discarding Her Past Meant She Had Also Jeopardized Her Future.

While war escalates on every side, twenty-one-year-old Amanda Rutherford wages her own internal battles. Betrayed by those who masqueraded behind claims of love, she takes flight from the sinister world that had held her in its grip. Only her pursuers comprehend the value of the secrets she possesses and the success of England's war effort hangs in the balance.

As the European powers descend into open warfare, unprecedented peril lurks almost everywhere. For the Rutherfords of Devonshire, England, the call to arms is an inescapable duty. But to commit a son to the conflict--as well as a father--represents a test of faith unlike anything they have faced.

Insulated by the Alps from the political and military storms raging across Europe, the residents of the Chalet of Hope offer refuge to the weary and faint of spirit. But despite the tranquility of their secluded paradise, a troubling yet unspoken emotion stirs in the heart of their young guest.