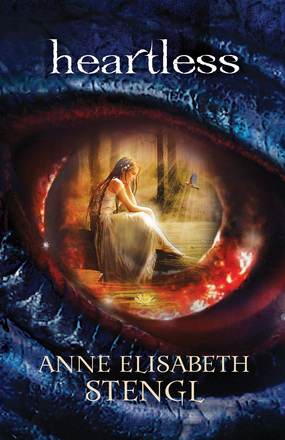 The Dragon King Seeks His Princess-- Who Dares to Stop Him?

Princess Una of Parumvir has come of age and will soon marry. She dreams of a charming prince, but when her first suitor arrives, he’s not what she’d hoped. Prince Aethelbald of mysterious Farthestshore has travelled a great distance to prove his love--and also to bring hushed warnings of danger. A dragon is rumored to be on the hunt and blazing a path of terror.

Una, smitten instead with a more dashing prince, refuses Aethelbald's offer--and ignores his cautions with dire consequences. Soon the Dragon King himself is in Parumvir and Una, in giving her heart away unwisely, finds herself in his sights. Only those courageous enough to risk everything have a hope of fighting off this advancing evil.

"Princess Una of Parumvir is old enough to accept suitors, but she is not impressed with Prince Aethelbald, whom she finds stodgy, despite the kindness she senses. Other princes appear, and one, who has been forced to accept the rold of a Fool, catches her eye. But when an unholy dragon brings her a horrifying new reality, it is the steadfast Aethelbald who is able to release Una. Although the story has subtle Christian underpinnings, including having to die before being resurrected to a new life, this is primarily a romantic fantasy that also shows keen insight into how the ego can block what is ultimately best for a young person's soul. There are some strong scenes in which evil, here in the form of the dragon, is made manifest, but as several of the secondary characters prove, evil can also come in the form of cowardice or banality. More casual readers, who may not get the subtleties, will still find plenty to like here, and those who enjoyed fairy tales when younger will feel right at home in the Tales of Goldstone Wood series."
--Ilene Cooper, Booklist, May 15, 2010

"With evil dragons, a kingdom in danger, a bold princess, and a noble prince, Heartless, the debut novel by art teacher Anne Elisabeth Stengl, has all the standard elements of a fairy tale that readers expect and enjoy. Using these archetypes in an allegorical plot, Stengl shares not just an interesting, enjoyable story, but also depicts the difficulties and rewards of deep personal growth.

"The kingdom is Parumvir, and the heroine, Princess Una, a strong-willed, sometimes stubborn girl with a rebellious streak who craves excitement and romance. As she comes of age, she dreams of being courted by a handsome, dashing prince. Although her first suitor, Prince Aethelbald, seems honest and kind, Una is bored by him, and quickly rejects him. Although her father respects and trusts Aethelbald, he ignores the prince's warnings about imminent danger to Parumvir, and Aethelbald leaves the palace with a promise to return.

"Meanwhile, Una, having been disappointed in two more suitors, is quick to give her heart away to another. This reckless decision proves to have terrible consequences when she is betrayed, and the Dragon King, the embodiment of evil, takes over her beloved kingdom. In order to fight against him, Una must find the courage to transform herself and recognize the goodness and pure love in those around her.

"It is Stengl's depiction of this transformation that pushes the book beyond a superficial fantasy story. In the beginning, the princess, though likable enough, is foolish and a bit vain. Her narrow definition of romance makes it impossible for her to see and value real love and happiness. Una's transformation reflects some of the more painful elements of understanding and accepting one's own mistakes. While the means may be slightly obvious, the symbolism behind Una's transformation is extremely effective in showing the breadth of her anger, hurt, and shame, and also gives an idea of how difficult conquering these kinds of 'dragons' can be.

"The allegorical underpinnings of Una's journey could easily reflect a religious tone. While there are a few occasions when the 'meaning' dictates a particular plot element, Stengl manages to create a story that lends itself very well to religious interpretations rather than writing a purely Christian allegory. Any theological elements are set within the parameters of a fantasy novel, and a reader can enjoy the book without exploring the book on a religious level, although a deeper appreciation of the novel comes from recognizing the parallels.

"This accessibility, as well as the coming-of-age theme, makes the book enjoyable for teens. The portrait of a distant kingdom will to appeal to fantasy and non-fantasy readers alike, as Stengl has avoided getting bogged down with too many heavy details. The cover, which is quite fitting; title; and romantic elements may attract more female than male readers. The book is also remarkable in that it is engaging for young adults without delving into the tawdry, as some young adult novels do.

"Occasionally, Stengl does step into a cliche or stereotype, but a reader is most likely too engaged to e distracted by them. With meaningful themes as well as parallels to Christian theology, classical romanticism, and traditional fairy tales, Heartless is an easy journey to be pulled into, and a book that will be enjoyed by teens looking for a good story."
--Alicia Sondhi, ForeWord, October 2010